Why it’s vital to have an up to date Will

Most of us know what a Will is and many of us are probably aware that it’s a good idea to have one. Yet, according to research by Unbiased.co.uk, 60% of UK adults still haven’t made a Will – 31 million people . They found that of those who had no Will, a fifth felt they weren’t wealthy enough to make it worthwhile, but with the average house price in the UK standing at £227,000 in March 2019 , this doesn’t quite add up. In fact, there are a number of very good reasons why we should all take the time to make a Will and keep it up to date, not least of these is the fact that it can make what’s already a difficult time a little bit more straightforward for your loved ones.

Intestacy laws are out of touch

The rules which set out what happens to your estate (the belongings and wealth you leave behind when you die) if you don’t have a Will were created in the early part of last century. As a result, they’re poorly suited to the world we live in now for a number of reasons:

A Will makes it easier to manage your estate

Your Will allows you to name one or more Executors (someone you trust to distribute your assets according to your instructions) and give them the power to deal with your estate. Without a Will, you will need to apply to the court for authority to do so, this is called a grant of probate and can take up to three months. It also means that several people might be eligible to apply for probate – for example if you were a widow, any of your children could apply. This can increase the cost and complexity of managing the estate.

Here are a few examples where a Will would have avoided problems for the loved ones left behind. And these are examples that will ring true with ordinary people.

John and Sarah are not married but have decided to buy a house together. They do not have any children. Their solicitor tells them that they own the property as joint tenants meaning that if one of them dies, the other will inherit the property. As they don’t have any other assets, they don’t bother to make a Will. Unfortunately, they both die together in a car accident. As John was older, he is deemed to die first so the property passes to Sarah but as she has already died it then passes on to Sarah’s parents, meaning John’s family receive nothing.

Barbara is a widow who has two children, Carol and John. She has a stepson, Simon. After Barbara’s husband died, she had a big falling out with John, and has not spoken to him for ten years. She gets on well with Carol, while Simon lives with Barbara as she inherited the property from her husband. This was Simon’s family home and he decides to stay living there to help look after Barbara. Barbara dies without a Will, so the house will be divided between Carol and John. Simon will have to leave his family home, unless he can afford to buy out his stepbrother and stepsister.

Jim inherited his Grandfather’s medals and spent many hours discussing and looking at them with his own son Steven. He always told Steven that he would leave them to him but didn’t make a Will. After Jim’s death one of the medals turned out to be worth a lot of money and as they were inherited by Steven and his twin brother David, they all had to be sold so the proceeds could be shared equally between them.

Keep it up to date

We’ve explained the many reasons for making a Will, but it’s not just a once and done exercise. If your circumstances change, an existing Will can easily become invalid or unfit for purpose so you must review it regularly. Always review your Will after having children, getting married, on separation or divorce or if any of these things happen to beneficiaries of your will, such as your children or grandchildren.

Please remember, no news or research item is a recommendation or advice to buy. LEBC Group Ltd is not responsible for accuracy and may not share the author’s views. Tax rates and allowances may change in future. The Financial Conduct Authority does not regulate Inheritance tax planning and Will-writing. 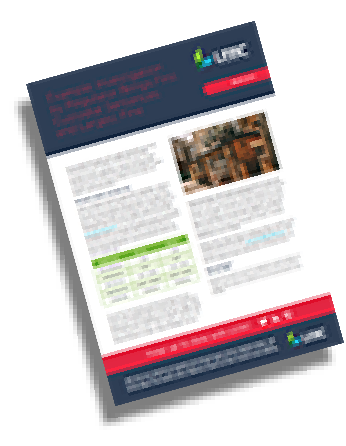 A Day In The Life Of An Apprentice
Employee Financial Well Being - Retirement Counselling
How to Maximise Lower Earners Pension Savings
How Much Do You Need To Live On In Retirement?